Biko Baker,  Executive Director of The League of Young Voters Education, shines light on how we can really change the organizing game. He shares simple action steps to ensure that an organization’s message is viewed by its most important constituents.  Watch his brief 10 minute speech to learn  how the League has been breaking silos across the nation with technology.

No Guns Allowed in Busboys & Poets

Yesterday we had another mass shooting.  It’s getting to the point where these random acts of violence are almost becoming cliche.  And mothers burying their children should never be so common place that we don’t recognize the brutality of mass murder.

This Friday the League will be in DC sharing the stories of the hundreds of peace ambassadors we’ve met since our campaign has started. And having a robust dialogue with community activist and national leaders 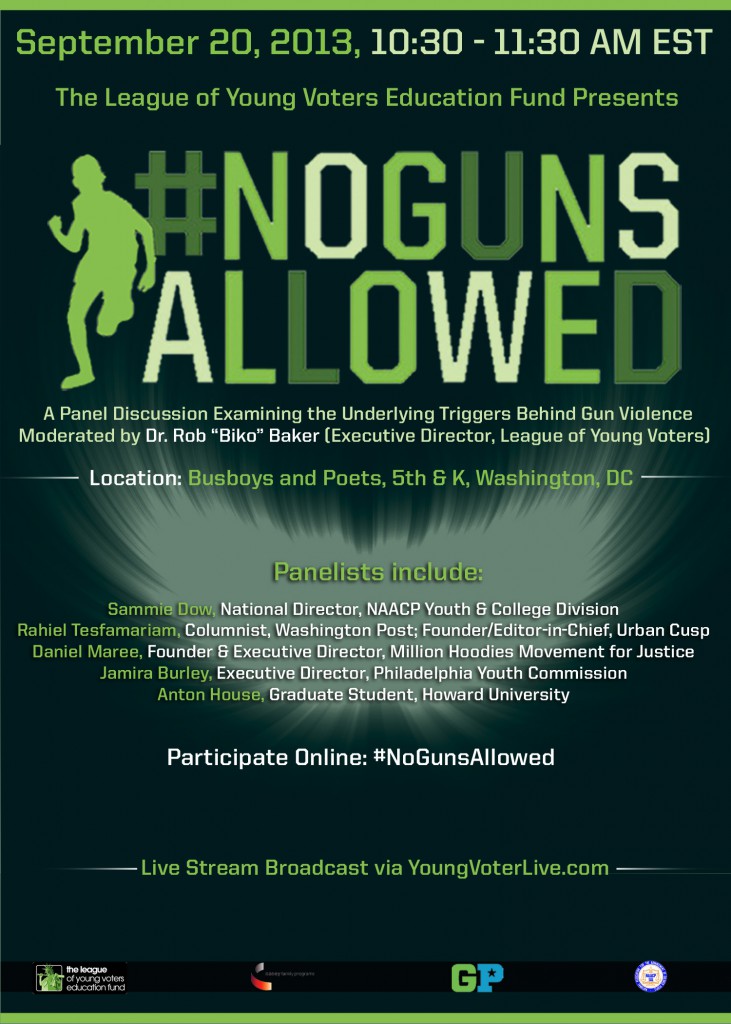 If you are interested in adding your name to our list if supporters, simply text PEACE to 69866!!

From Inside the Rally: ALEC Conference in Chicago 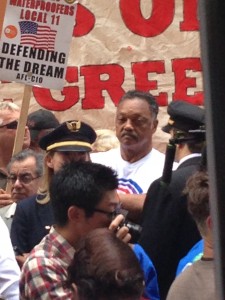 Recently, I traveled with the African American Civic Engagement Roundtable to Chicago to protest the ALEC National Convention. ALEC is the American Legislative Exchange Council, and is made up of legislators, businesses, and foundations from across the country. The members of this council draft policies for various state legislatures and promote free markets, limited government, and federalism at the state level. These same policies often go against worker’s rights, cripple voting rights, privatize our schools, and maintain minimum wage at its current level or eliminating it altogether.

To join the movement for livable wages, sign up here.

When our group arrived at the Palmer House, you could see many of the protesters already demonstrating outside the hotel. As we entered the hotel and began to ascend to the conference room where the ALEC meetings were being held, we were abruptly stopped and told to exit the hotel immediately if we were not guests of the hotel.

Upon my exit from Palmer House, I was quickly approached by a suited gentleman and told that if I entered the hotel again I would be placed under arrest. This was further fuel added to the revolutionary fire burning within. Initially, I was upset and wanted to disregard the threat and go back in but when I saw that on the other side of the hotel there were protesters and a makeshift stage set up in the middle of the street in downtown Chicago, I knew my place was out here among the people.