#BarackTalk: League of Young Voters to Host State of the Union Ustream

BROOKLYN, NY, January 31, – In his second Inaugural Address, President Obama declared a progressive mandate, calling for action on climate change, marriage equality and immigration reform. On Feb. 12, youth leaders head to Washington, D.C. to set the tone for the president’s State of the Union address. #BarackTalk, an interactive State of the Union watch party and online discussion, will broadcast live on Ustream from the heart of the nation’s capital, at the legendary cultural space, Busboys and Poets.

With Congress’ public approval ratings at an all-time low, the State of the Union will play an important role in establishing the agenda for the second term of the Obama administration. #BarackTalk is an opportunity for America’s young voters and seasoned activists to come together around their vision for change, critiquing Obama’s address and forming new connections to advance a policy agenda.

In, more than 33,000 viewers tuned in to#BarackTalk and the event featured Tweets from notable figures such as Goldie Taylor from MSNBC, Snoop Dogg and Rhymefest. The rise of the League of Young Voters’ online programming network, YoungVoter, was formalized with an official partnership with Ustream.TV, the premiere live broadcasting platform.

END_OF_DOCUMENT_TOKEN_TO_BE_REPLACED 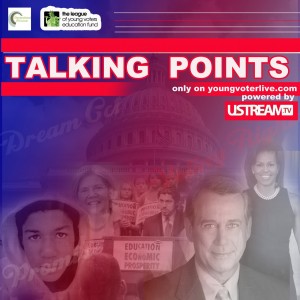 Starting this Monday, the League and the Generational Alliance will be a launching a weekly Ustream show. Hosted by Carmen Berkeley, “Talking Points” will focus on the important issues and causes captivating the nation’s capital.

Follow our UStream channel for the alert from when we go live from DC on Monday for the special Inauguration launch show. 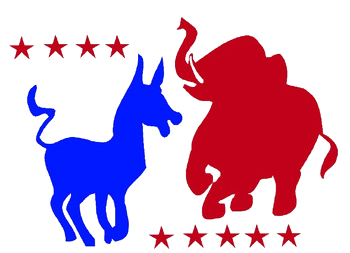 Here’s your weekly quick look at few developing stories in the political arena: